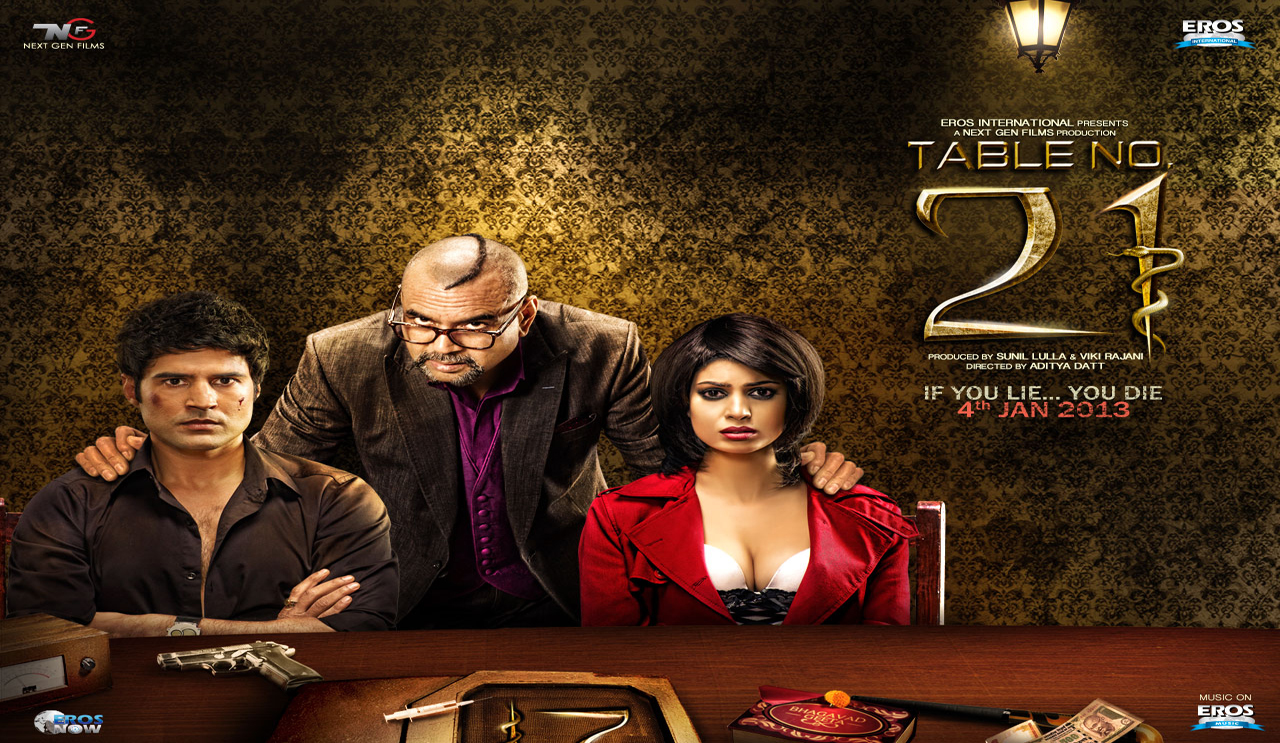 Table No. 21 is a 2013 Indian Hindi psychological thriller film, directed by Aditya Datt and produced by Eros International. It is named after Article 21 of the Indian Constitution, which talks about the protection of life and personal liberty. The movie features Rajeev Khandelwal, Tina Desai and Paresh Rawal and touches upon the pertinent social issue of ragging. The film’s soundtrack was composed by Gajendra Verma, The film was a moderate success at the box office.