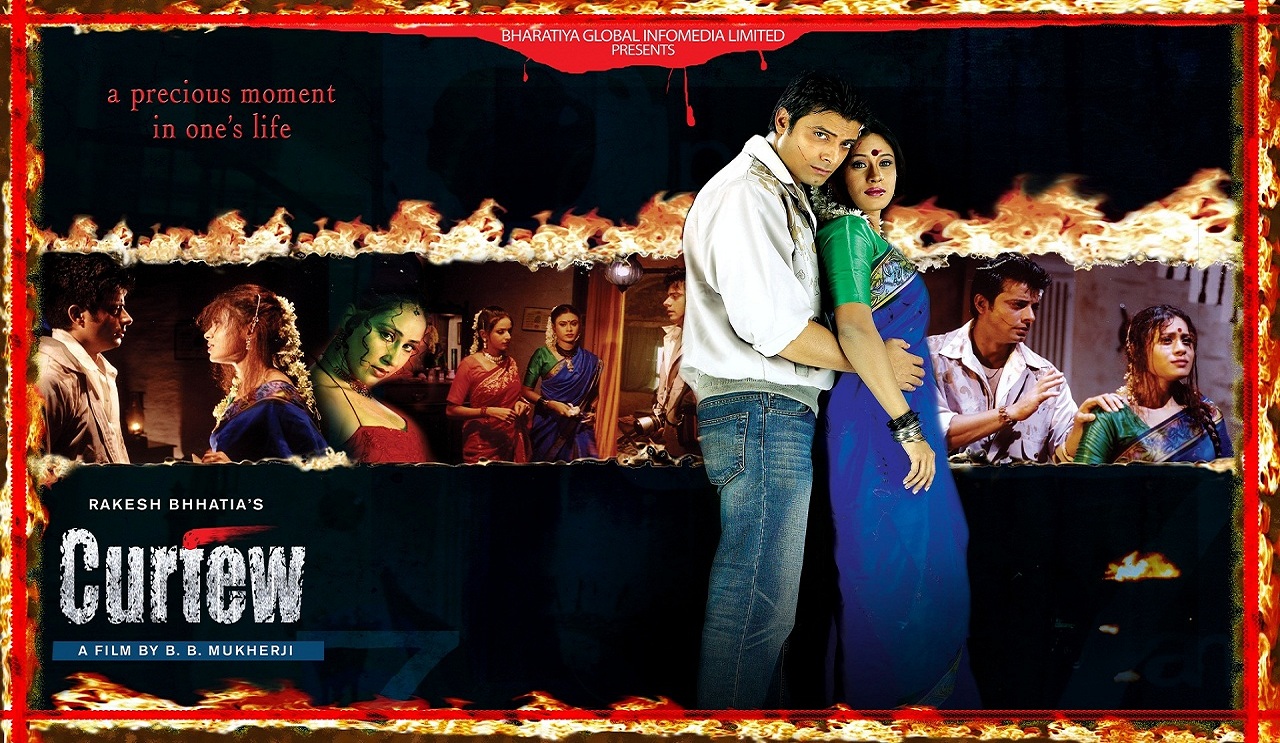 Curfew’ is the venture of BGIL, has an unusual storyline. Directed by B. B. Mukherjee, this film highlights the fanaticism in the largest democracy of the world. The story is set against the life and conflict of 3 characters, a journalist, a retired Colonel of the Indian Army & a local unemployed youth. The protagonists take shelter at the risk of their lives in a brothel, along with two prostitutes on a curfew night. A news flash sparks of riots and insanity surpasses human reasoning as their views clash and from strangers they turn into Hindu’s and Muslims within a span of 9 hours.

As the story unfolds against the realistic backdrop of the city of Bulandshaher in UP, it takes you through a journey of human emotions, their dreams and also their political outlook and religious misunder standings. Amidst the outer enemy lies the one within, as each character shoulders his own cross, some in silence while some in anger, some in pain while some in frustration And the outburst is triggered by the scorching surroundings that razes to ashes almost everything Shot in HD format, the first Hindi feature film in India; ‘Curfew’ leaves a lasting impression on the viewer with a question ‘Is humanity greater than religion or otherwise?