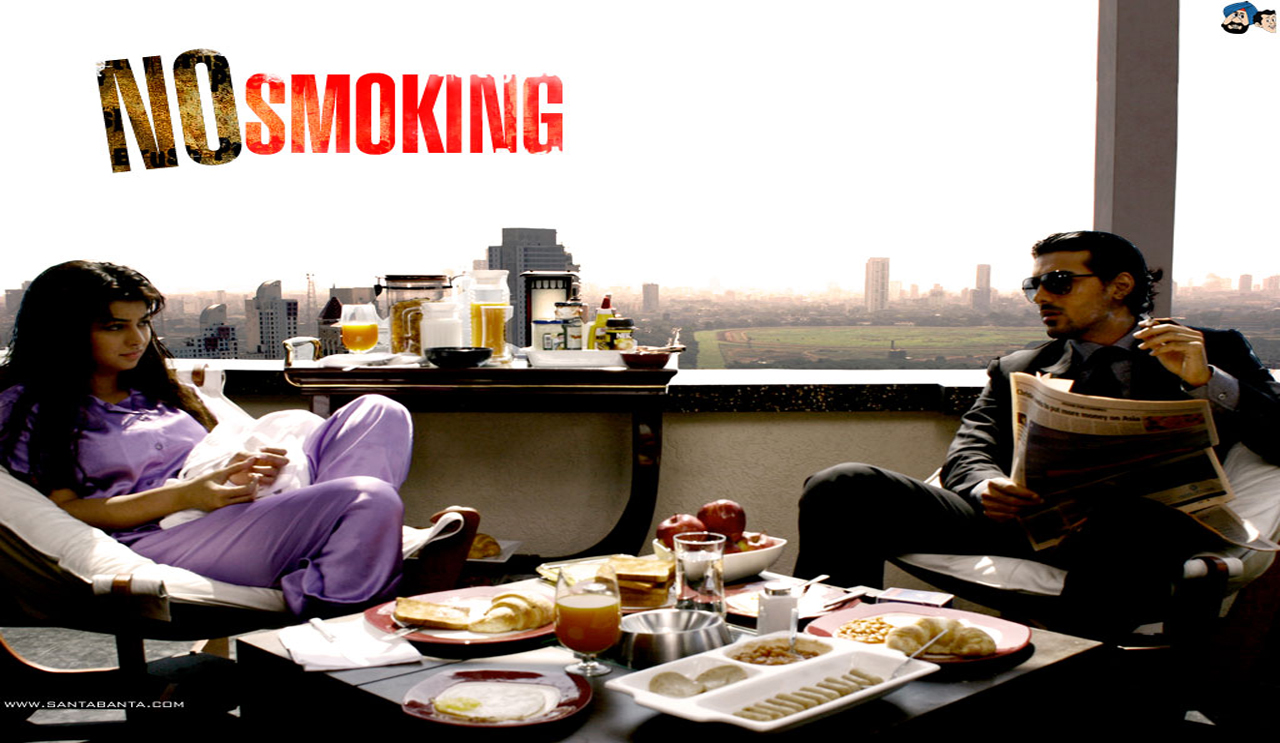 No Smoking is a 2007 Indian neo-noir psychological thriller film written and directed by Anurag Kashyap and co-produced by Vishal Bhardwaj and Kumar Mangat. The film stars John Abraham, Ayesha Takia, Ranvir Shorey and Paresh Rawal in the lead roles, while Bipasha Basu appears in an Item number. The film is loosely based upon the short story Quitters, Inc. by Stephen King, which was previously adapted as one of three segments featured in Hollywood anthology film, Cat’s Eye (1985). It became the first Indian film to be adapted from a Stephen King short story.[3] The story follows K (Abraham) a self-obsessed, narcissist chain smoker who agrees to kick his habit to save his marriage and visits a rehabilitation centre, but is caught in a labyrinth game by Baba Bengali (Rawal), the man who guarantees he will make him quit.