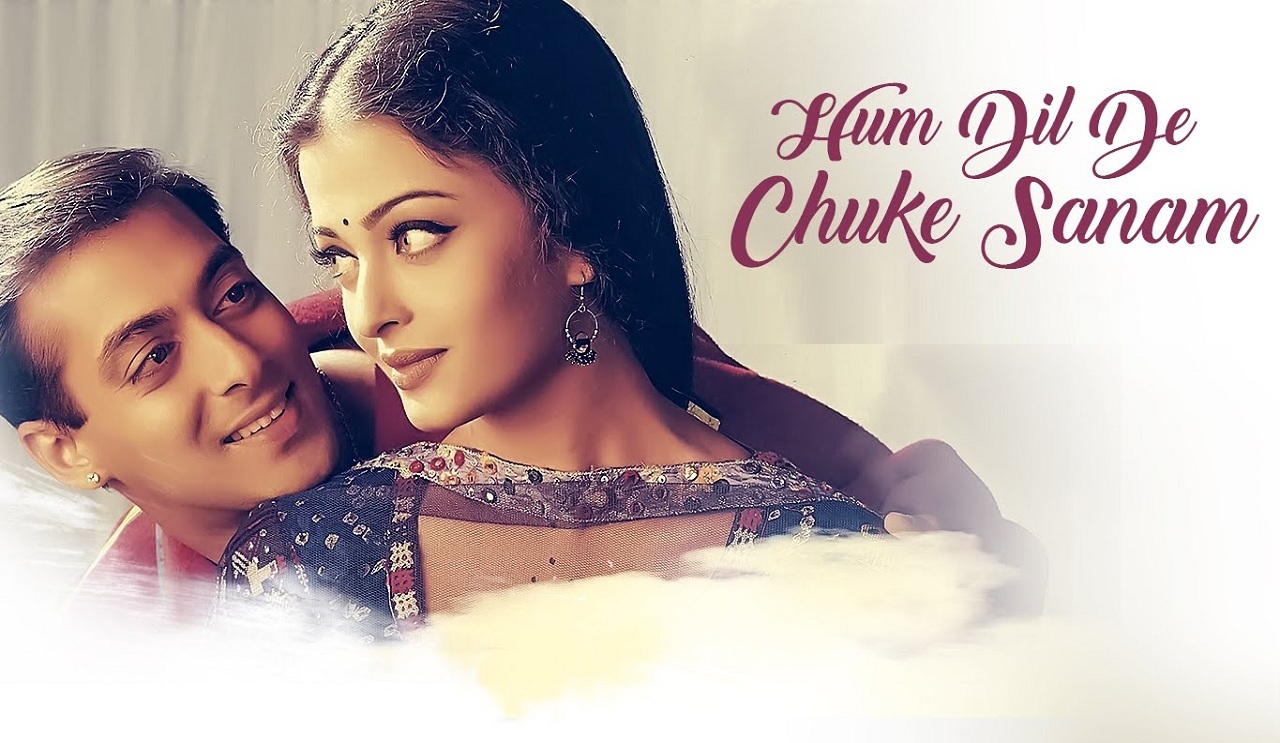 Hum Dil De Chuke Sanam (English: I Have Given My Heart Away Darling) is a 1999 Indian romantic drama film directed by Sanjay Leela Bhansali. It was released in the English-speaking world as Straight from the Heart. The film stars Salman Khan, Aishwarya Rai, and Ajay Devgan.

The story is adopted from Maitreyi Devi’s Bengali novel Na Hanyate and is based on a love triangle. It also reflects the influence of the German novella Immense and the 1943 Nazi-era film based on it, Immense. It has some inspiration from 1983 movie Woh 7 Din.

It was filmed throughout the Gujarat-Rajasthan border region, in addition to Budapest, Hungary, which was used to represent Italy. The film was premiered in the Indian Panorama section at the 1999 International Film Festival of India. It was remade in Bengali as Neel Akasher Chandni in 2009, with Jeet reprising Salman Khan’s role, Jisshu Sengupta reprising Ajay Devgan’s role, and Koel Mallick reprising Aishwarya Rai’s role.